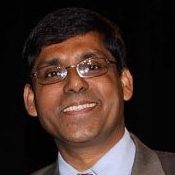 Dr. Das is a Distinguished Scholar Professor of Computer Science and Engineering, and the Founding Director of the Center for Research in Wireless Mobility and Networking at the University of Texas at Arlington. He is currently a Program Director at the National Science Foundation.

Dr. Das is the editor-in-chief of Elsevier’s Pervasive and Mobile Computing journal, and Associate Editor of the IEEE Transactions on Mobile Computing and IEEE Transactions on Parallel and Distributed Systems. He is also founder of IEEE WoWMoM and PerCom conferences. He served as Vice Chair of the IEEE Computer Society’s Technical Committees on Parallel Processing and Computer Communications. Dr. Das is a senior member of the IEEE.