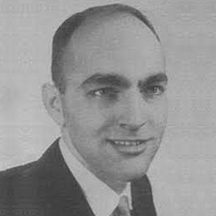 Richard O. Endres graduated from Purdue University in 1948 and joined the Engineering Products Department fo the Radio Corporation of America. He did early work on point contact transistor circuits, and at RCA Laboratories in Princeton did development work on discrete type electrostatic storage systems . He was responsible for development and construction of the magnetic core memory system for the RCA BIZMAC computer, and was then appointed manager of the computer circuits group investigation high-speed transistor logic circuits and advanced magnetic core storage techniques.

In 1955 he joined Rese Engineering Compoany to direct its engineering program as chief engineer. He was elected president of the corporation in 1958 following the company’s entry into the digital equipment field, and presently occupies that position.

He is co-author of “Transistor Electronics,” published by Prentice-Hall in 1955, and is author of a number of other transistor circuits papers. He was active in the Philadelphia Chapter of the PGEC, serving as Program Chairman, and participated in the Philadelphia Chapter’s Symposium on computer Fundamentals, He has serviced on the PGEC National Administrative Committee for the past two years and was Vice Chairman of PGEC