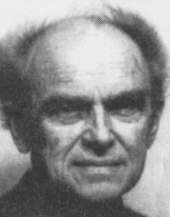 Richard F. Clippinger was born in 1913 in East Liberty, Ohio, and died 24 December 1997. He was a computing laboratory staff member at the Aberdeen Proving Ground, Maryland, who converted the ENIAC to a stored-program computer using its read-only hand-set function tables.

He earned his PhD in mathematics from Harvard University in 1940 besides working at the Ballistic Research Laboratory (BRL) at the Alberdeen Proving Ground from 1944 to 1952, he also worked at Raytheon/Datamatic/Honeywell from 1952 until 1976.

Clippinger went to the BRL in 1944. At BRL, he invented and developed the closed-chamber firing range, which rivaled the wind tunnel for measuring forces on a supersonic model. Also at BRL, he worked in the development of numeric methods for solving ordinary and partial differential equations on the ENIAC, EDVAC, and ORDVAC computers. In 1952, he joined the Raytheon Computer Laboratory, which became Datamatic Corporation in 1954 and the EDP division of Honeywell in 1956. He was in charge of software development of the Honeywell 800 family of computers until 1959, when he supervised the development of the FACT business language compiler by Computer Sciences Corporation. He became Honeywell’s representative to CODASYL when it was created.

He chaired the ANSI and ISO language-standardization committees and retired from Honeywell in 1976.