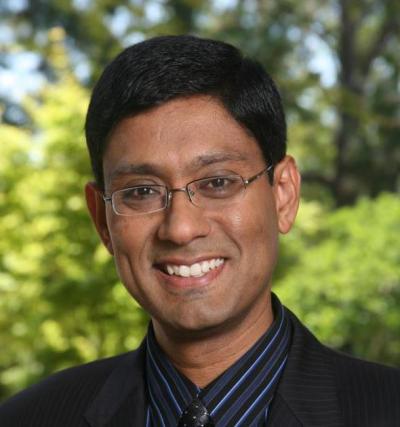 Dr. Banerjee is currently the Walter P. Murphy Professor and Chair of the Department of Electrical and Computer Engineering, and Director of the Center for Parallel and Distributed Computing. At Northwestern University in Evanston, Illinois. Prior to that he was the Director of the Computational Science and Engineering program, and Professor of Electrical and Computer Engineering and the Coordinated Science Laboratory at the University of Illinois at Urbana-Champaign.

Dr. Banerjee’s research interests are in Parallel Algorithms for VLSI Design Automation, Distributed Memory Parallel Compilers, and Compilers for Adaptive Computing, and is the author of over 300 papers in these areas. He leads the PARADIGM compiler project for compiling programs for distributed memory multicomputers, the ProperCAD project for portable parallel VLSI CAD applications, the MATCH project on a MATLAB compilation environment for adaptive computing, and the PACT project on power aware compilation and architectural techniques. He is also the author of a book entitled “Parallel Algorithms for VLSI CAD” published by Prentice Hall, Inc., 1994. He has supervised 27 Ph.D. and 30 M.S. student theses so far.

Dr. Banerjee has received numerous awards and honors during his career. He became a Fellow of the ACM in 2000. He was the recipient of the 1996 Frederick Emmons Terman Award of ASEE’s Electrical Engineering Division sponsored by Hewlett-Packard.  He was elected to the Fellow grade of IEEE in 1995. He received the University Scholar award from the University of Illinois for in 1993, the Senior Xerox Research Award in 1992, the IEEE Senior Membership in 1990, the National Science Foundation’s Presidential Young Investigators’ Award in 1987, the IBM Young Faculty Development Award in 1986, and the President of India Gold Medal from the Indian Institute of Technology, Kharagpur, in 1981.