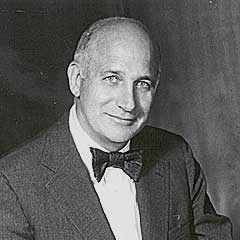 Eckert was born in Philadelphia, Pennsylvania to a wealthy real estate developer John Eckert and was raised in a large house in Philadelphia’s Germantown section. During elementary school, he was driven by chauffeur to William Penn Charter School, and in high school joined the Engineer’s Club of Philadelphia and spent afternoons at the electronics laboratory of television inventor Philo Farnsworth in Chestnut Hill. He placed second in the country on the math portion of the College Board examination.

Eckert initially enrolled in the University of Pennsylvania’s Wharton School to study business at the encouragement of his parents, but in 1937 transferred to Penn’s Moore School of Electrical Engineering. In 1940, at age 21, Eckert applied for his first patent, “Light Modulating Methods and Apparatus”. At the Moore School, Eckert participated in research on radar timing, made improvements to the speed and precision of the Moore School’s differential analyzer, and in 1941 became a laboratory assistant for a defense training summer course in electronics offered through the Moore School by the United States Department of War.

Dr. John Mauchly, then chairman of the physics department of nearby Ursinus College, was a student in the summer electronics course, and the following fall secured a teaching position at the Moore School. Mauchly’s proposal for building an electronic digital computer using vacuum tubes, many times faster and more accurate than the differential analyzer for computing ballistics tables for artillery, caught the interest of the Moore School’s Army liaison, Lieutenant Herman Goldstine, and on 9 April 1943 was formally presented in a meeting at Aberdeen Proving Ground to director Colonel Leslie Simon, Oswald Veblen, and others. A contract was awarded for Moore School’s construction of the proposed computing machine, which would be named ENIAC, and Eckert was made the project’s chief engineer. ENIAC was completed in late 1945 and was unveiled to the public in February, 1946.

1966 Harry Goode Memorial Award
“For his pioneering contributions to automatic computing by participating in the design and construction of the ENIAC, the world’s first all-electronic computer, and of the BINAC and the UNIVAC, and for his continuing work in the design of electronic computing systems.”
Learn more about the Harry Goode Memorial Award