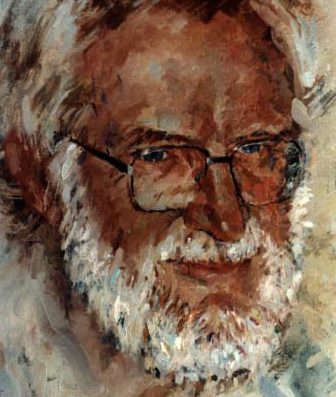 Peter Naur was born in Frederiksberg near Copenhagen, Denmark, on 25 October 1928. While still in high school, he developed an interest in astronomy, and with the guidance of the staff of the Copenhagen University Observatory worked on calculations of the orbits of comets and minor planets. He began his academic studies at Copenhagen University in 1947, getting his mag. scient. degree in Astronomy in 1949.

He spent the year 1950–1951 as Research Student at King’s College,  Cambridge, England. There he designed a program for the EDSAC for  calculating the perturbed motions of minor planets. The years 1952–1953 was   spent in the USA, with visits to a number of astronomical observatories and computer development laboratories, followed by a second stay at Cambridge, England.

From 1953 to 1959 he was scientific assistant at Copenhagen Observatory, and also served as consultant in the areas of assembly language and debugging aids to the independent computer laboratory, Regnecentralen, on
the development of the first Danish computer, Dask. He received his Ph.D. in Astronomy in 1957.

Dr. Naur joined the staff of Regnecentralen in 1959 to specialize in the area of high level languages and then became heavily involved in the international development of Algol 60. He organized the Algol Bulletin and became one of the thirteen international scientists who produced the final design of Algol 60 in 1960. He was appointed editor of the group’s report on the language, Report on the Algorithmic Language ALGOL 60. As member of the compiler design group of Regnecentralen, Dr. Naur contributed to the design of compilers for Algol 60 and Cobol characterized by their effective use of multipass techniques. This experience led to an interest in the basic principles of data processing, and the book, Concise Survey of Computer Methods, published in 1974. In more recent years he has been active in studying program development as a human activity, retaining a sceptical attitude towards the claims made for methods and formalizations in this field.

He has been co-editor of the Nordic journal BIT since its start in 1960. Dr. Naur also served as president of Dansk Selskab for Datalogi until 1982 since its founding in 1966, and he was co-editor of the report on the first conference on Software Engineering in 1968. Since 1969, Dr. Naur has been professor at the Copenhagen University Institute of Datalogy. He was honored with the G. A. Hagemann Medal in 1963, the Jens Rosenkjær Prize in 1966.