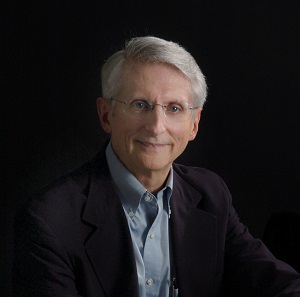 Peter Denning was fascinated with science from an early age and began building electronic circuits as a teenager. His algebraic computer built from pinball machine parts won the science fair in 1959, launching him into the new field of computing. A decade later, at MIT’s Project MAC for his doctorate, he took on the gnarly performance problem of the nascent virtual memory technology. Instabilities with thrashing and replacement algorithms threatened to scuttle that technology. He invented the Working Set Model, which immunized operating systems to thrashing and maximized system throughput. His solutions to these problems are widely used today in operating systems from desktops to smartphones. He is widely known as a virtual memory and computer systems performance pioneer.

He became an educator and taught computer science at Princeton, Purdue, NASA-Ames, George Mason University, and Naval Postgraduate School. At NASA-Ames, he established RIACS as one of the nation’s leading centers in computation science, working on high performance computing, telescience, and neural networks. In the early 2000s, he established the Great Principles of Computing Project, which seeded a major reform of computing education. He co-founded the CSNET, the first community network to use the Internet technology, leading the transition to the modern Internet.

At NASA-Ames he became keenly interested in technology transfer and adoption. He went on to develop a way of teaching innovation leadership for adoption, co-author a book (innovators-way.com) and found an Innovation Leadership program at the Naval Postgraduate school.

Dr Denning has been recognized for his contributions with 33 awards for technical contribution, education, and professional service. These include his 1959 grand award for building a linear-equation solving computer, his international award for co-founding CSNET, his Hall of Fame award for his early work in operating systems, and his outstanding educator and teaching awards.

Since 1965, Dr Denning was an active contributor to the Association for Computing Machinery (ACM). He edited four journals including Communications. He chaired three boards including the Publications Board, where he led the development of the ACM’s digital library, the first full online library offered by a professional society. He served as an officer, council member, and President.