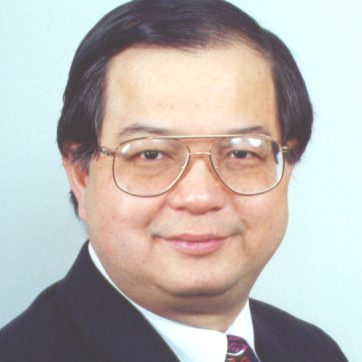 Dr. Peter Chen at Louisiana State University holds the position of M. J. Foster Distinguished Chair Professor of Computer Science since 1983. Dr. Chen is the originator of the Entity-Relationship Model (ER Model), which serves as the foundation of many systems analysis and design methodologies, computer-aided software engineering (CASE) tools, and repository systems including IBM’s Repository Manager/MVS and DEC’s CDD/Plus.

The ER model was adopted as the meta model for the ANSI Standard in Information Resource Directory System (IRDS), and the ER approach has been ranked as the top methodology for database design and one of the top methodologies in systems development by several surveys of FORTUNE 500 companies.

Dr. Chen has made significant impact on the CASE industry by his research work and by his lecturing around the world on structured system development methodologies. Most of the major CASE tools including Computer Associates’ ERWIN, Oracle’s Designer/2000, and Sybase’s PowerDesigner (and even a general drawing tool like Microsoft’s VISIO) are influenced by the ER model.

The ER model also serves as the foundation of some of the recent work on Object-Oriented analysis and design methodologies and Semantic Web. The UML modeling language has its roots in the ER model.

The hypertext concept, which makes the World Wide Web extremely popular, is very similar to the main concept in the ER model. Dr. Chen is currently investigating this linkage as an invited expert of several XML working groups of the World Wide Web Consortium (W3C).

Dr. Chen’s work is cited heavily in a book published in 1993 for general public called Software Challenges published by Time-Life Books as a part of the series on “Understanding Computers.”  Dr. Chen is also the Editor-in-Chief of Data & Knowledge Engineering, the Associate Editor for the Journal of Intelligent Robotic Systems, and other journals. In the past, he was the Associate Editor for Computer, Information Sciences, and other journals.

He is a member of the Airlie Software Council, which consists of software visionaries/gurus and very-high-level software organization executives, organized by U.S. Department of Defense (DoD).

Dr. Chen is a Fellow of the IEEE, the ACM, and the AAAS. He has been listed in Who’s Who in America and Who’s Who in the World for more than ten years. He is the recipient of awards in several fields of Information Technology (IT): from data management to information management, software engineering, and general information technology:

He was recognized as a “software pioneer” in the “Software Pioneers” Conference, Bonn, Germany,27–28 June 2001, together with a group of very distinguished scientists including winners of President’s Medals of Technology, ACM Turing Awards, or IEEE distinguished awards such as Harry Goode Awards.