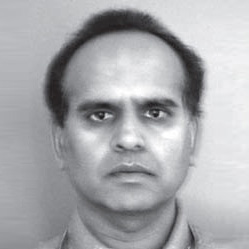 Under joint funding from Department of Energy (DOE), Office of Naval Research and National Science Foundation, he organized the Workshop on Foundations of Information/Decision Fusion in 1996. This workshop brought together people with diverse backgrounds such as econometrics, statistics, electrical engineering, computer science and biology. This workshop is one of the origins of the International Conference on Information Fusion, which has become an annual event with several hundred participants. Rao was instrumental as an Associate Editor in founding two international journals, Information Fusion in 2000 and International Journal of Distributed Sensor Systems in 2005.

His research interests include robot navigation, high performance networking, fault diagnosis and distributed sensor networks. He published more than 200 papers in archival journals and conferences in these areas.

He is a Principal Investigator and chief architect of DOE UltraScienceNet, a novel, cross-country switched network that provides 10Gbps dedicated channels through on-demand and advanced reservation unlike the shared connectivity of Internet. He is the research lead for ORNL SensorNet project, where he founded ORNL-university consortium in the area of sensor-cyber networks. He received UT-Battelle Technical Accomplishment Award in 2000 for his contributions to high-performance networking technologies. He is currently an associate editor of Pattern Recognition Letters and Journal of Franklin Institute.