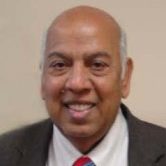 Murali R. Varanasi received his B.S. degree in Physics from Andhra University and his B.S. degree in Electronics Engineering from Madras Institute of Technology, India in 1957 and 1962 respectively. After working for six years as a senior scientific officer at the Defense Research and Development Laboratory in Hyderabad, India, he pursued his graduate education at the University of Maryland, College Park, Md where he received his M.S. and Ph.D. degrees in Electrical Engineering.

His research interests include digital communications and coding theory, fault tolerant computing, digital systems design, wireless sensor networks and VLSI design. Varanasi served as an Assistant Professor at Old Dominion University, Norfolk, Va from 1973 to 1980 before he joined the faculty of the computer science and engineering department at the University of South Florida where he has served until January 2004. He is currently on leave from the University of South Florida to set up a new Electrical Engineering department at the University of North Texas where he serves as Professor and Chair .

Varanasi is a member of the Institute of Electrical and Electronic Engineers (IEEE) and the Association for Computing Machinery. He currently serves as vice-president for Educational Activities of the IEEE Computer Society. He previously served as vice president of the Society’s Chapters Activities. He is a director of the Computing Sciences Accreditation Board currently serving as treasurer. Among his numerous honors,

Varanasi received the University of South Florida’s Professorial Excellence Award, Distinguished Service Award and the Outstanding Educator Award from the Florida Engineering Society. He has received several awards from the IEEE Computer Society including the Outstanding Contribution Award for Leadership and Contributions to the Model Program in Computer Science and Engineering in 1985 and Golden Core recognition. Varanasi is elected as a fellow of IEEE for his contributions to coding for computer fault tolerance and leadership in Computer Science and engineering education. Varanasi is a recipient of the IEEE Third Millennium Medal.