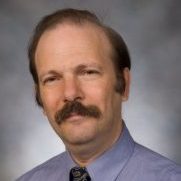 Moshe Y. Vardi is the George Professor in Computational Engineering and Director of the Ken Kennedy Institute for Information Technology at Rice University. He chaired the Computer Science Department at Rice University from January 1994 to June 2002. Prior to joining Rice in 1993, he was at the IBM Almaden Research Center, where he managed the Mathematics and Related Computer Science Department. His research interests include database systems, computational-complexity theory, multi-agent systems, and design specification and verification.

Vardi received his Ph.D. from the Hebrew University of Jerusalem in 1981. He is the author and co-author of about 400 articles, as well as two books, “Reasoning about Knowledge” and “Finite Model Theory and Its Applications,” and the editor of several collections.

He holds honorary doctorates from the University of Saarland, Germany, and the University of Orleans, France. Vardi is an editor of several international journals, and Editor-in-Chief of the Communication of ACM. He is Guggenheim Fellow, as well as a Fellow of the Association of Computing Machinery, the American Association for the Advancement of Science, the Association for the Advancement of Artificial Intelligence, and the Institute for Electrical and Electronic Engineers. He is a member of the US National Academy of Engineering, the American Academy of Arts and Science, the European Academy of Sciences, and the Academia Europea.

2011 Harry H. Goode Memorial Award
“For fundamental and lasting contributions to the development of logic as a unifying foundational framework and a tool for modeling computational systems.”
Learn more about the Harry H. Goode Award