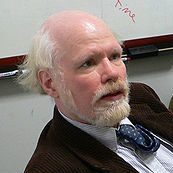 Dr. Monty M. Denneau has been involved in the architecture, design, construction, and programming of parallel computers since he joined the IBM T.J. Watson Research Center in 1978.

Most recently Dr. Denneau helped to initiate the Blue Gene project and is currently the architect for the Blue Gene Cyclops computer.