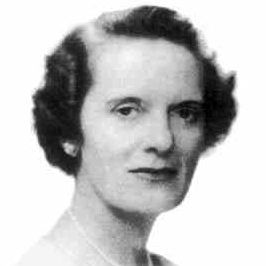 Mina Rees was born on 2 August 1902, in Cleveland, Ohio, but she grew up and attended public school in New York City, where she was the valedictorian of her class at Hunter College High School. She then when on to major in mathematics at Hunter College, graduating summa cum laude in 1923, while also holding a part-time teaching job for the mathematics department. After graduation, Rees taught at the Hunter College High School while working on a master’s degree at Columbia University. In an interview for Mathematical People, she says that she heard, unofficially, that “the Columbia mathematics department was really not interested in having women candidates for Ph.D’s.” So she settled for her M.A. degree in 1925 and accepted a position as an instructor of mathematics at Hunter College. She still planned to get her Ph.D., however, so with the help of a sabbatical from Hunter, she went to the University of Chicago in 1929 to study with Leonard Dickson. She received her Ph.D. in 1931 with a thesis on “Division algebras associated with an equation whose group has four generators,” published in American Journal of Mathematics, vol. 54, Jan. 1932, pp. 51–65 [Abstract].

Rees returned to the faculty at Hunter College as an assistant professor and was promoted to associate professor in 1940. During World War II she took a leave of absence from Hunter to work as a technical aide and executive assistant with the Applied Mathematics Panel in the Office of Scientific Research and Development. This panel assisted the war effort by bringing together mathematicians from many disciplines to work on problems posed by the military branches. After the war the Navy invited Rees to become head of the mathematics branch of the Office of Naval Research to support scientific and mathematical research. During 1952-1953 she served as the deputy science directory for the ONR. In 1953, the council of the American Mathematical Society adopted a resolution which said:

Under her guidance, basic research in general, and especially in mathematics, received the most intelligent and wholehearted support. No greater wisdom and foresight could have been displayed and the whole postwar development of mathematical research in the United States owes an immeasurable debt to the pioneer work of the Office of Naval Research and to the alert, vigorous and farsighted policy conducted by Miss Rees.

In 1953, Rees returned to Hunter College to become Dean of the Faculty, a position she held until 1961. At that time she was appointed professor and the first dean of graduate studies in the newly established City University of New York. She went on to become provost of the graduate division for 1968–1969 and president of the Graduate School and University Center from 1969 until her retirement in 1972. It was also during this period that she served as the first woman president of the American Association for the Advancement of Science.

In 1962, Rees received the first Award for Distinguished Service to Mathematics from the Mathematical Association of America. This award was made “for outstanding service to mathematics, other than mathematical research” and for “contributions [that] influence significantly the field of mathematics or mathematical education on a national scale.”

In 1983, she was awarded the National Academy of Sciences Public Welfare Medal “in recognition of distinguished contributions in the application of science to the public welfare.” In addition, she had been awarded the Kings Medal for Service in the Cause of Freedom (Britain) and the President’s Certificate of Merit (USA) for her important contributions during World War II.