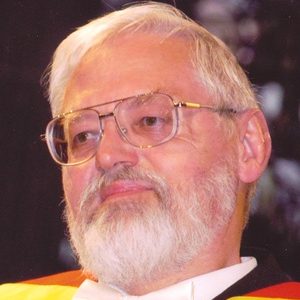 Michael Williams has had a long association with the IEEE Computer Society. Beginning in the 1990s, he did occasional volunteer work for the Annals of the History of Computing; when IEEE took over its publication he served on its editorial board. He became editor in chief of Annals in 1996 and, after serving for two terms, was asked to join the Computer Society Publications Board. He eventually became vice president of publications, then CS president (2007), and served in numerous positions on the IEEE Board of Directors and their various boards and committees. While he very much enjoyed this volunteer work and the friends he made doing it, when he turned 70 he decided it was time to leave and let the younger members have their turn in the Society’s administration.

His working career has mainly been in academia. After finishing his PhD studies in 1968, he joined the University of Calgary, first in the Department of Mathematics and then as a professor of computer science. He is noted as a historian of computing, covering all aspects from ancient Egyptian methods of arithmetic to the development of the modern electronic computer. He has always made academia a central part of this career but has also spent time working at the Smithsonian and as Head Curator of the Computer History Museum.  His extensive list of publications includes an annotated three-volume catalog of rare books as well as 249 other publications, invited talks, and media productions.

In 2005, the University of Glasgow awarded him an honorary Doctor of Science degree for his contributions to computer science, particularly the history of computing.