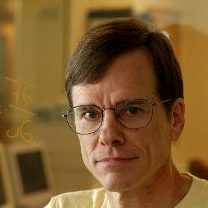 Professor Michael T. Heath is Fulton Watson Copp Chair in the Department of Computer Science at the University of Illinois at Urbana-Champaign, where he is also Director of both the Computational Science and Engineering Program and the Center for Simulation of Advanced Rockets, and where he served as Interim Head from August 2007 through December 2009. He received a B.A. in Mathematics from the University of Kentucky, an M.S. in Mathematics from the University of Tennessee, and a Ph.D. in Computer Science from Stanford University. Before joining the University of Illinois in 1991, he spent a number of years at Oak Ridge National Laboratory. His research interests are in numerical analysis-particularly numerical linear algebra and optimization-and in parallel computing.

He has been an editor of the SIAM Journal on Scientific Computing, SIAM Review, and the International Journal of High Performance Computing Applications, as well as several conference proceedings. He is also author of the widely adopted textbook Scientific Computing: An Introductory Survey, 2nd ed., published by McGraw-Hill in 2002. In 2000, he was named an ACM Fellow by the Association for Computing Machinery, in 2002 he was elected to membership in the European Academy of Sciences, and in 2007 he won the Apple Award for Innovation in Science.