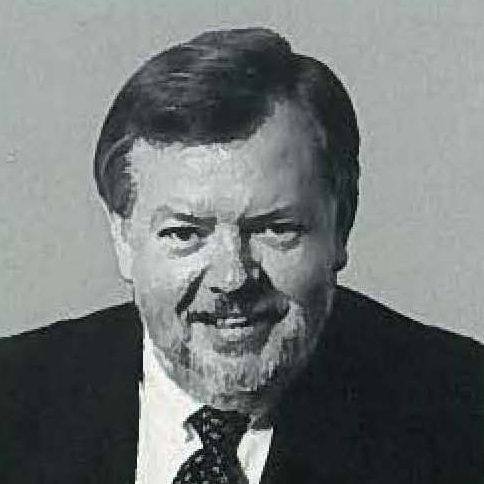 Dr. T. Michael Elliott (1942–2016) was born in Evansville, Indiana, where he lived until graduating from high school in 1960. He attended Indiana University from 1962–1970, earning bachelor’s, masters, and doctoral degrees. Upon completing his doctoral studies in 1970 he was appointed director of system development for the regional campus systems of Purdue University. In 1972, Elliott became assistant to the president at Purdue, and was “loaned” by the University to the Indiana Commission on Higher Education where he directed the development of the first master plan for higher education in the state of Indiana. In 1973 he was appointed assistant provost of Purdue University and was also named associated professor of higher education administration. From 1975 to 19777 he served as executive director of the National Commission on United Methodist Higher Education. Elliott returned to public sector higher education as deputy commissioner of higher education for the State of Missouri in 1977. In 1979, he accepted appointment as executive director of the State Board of Higher Education in the State of Arkansas, a gubernatorial cabinet position. He served as the Chief staff executive for that coordinating board for the 19 campus system of public universities and colleges until becoming the first executive director of the the IEEE Computer Society in 1982.

Since he came to the Computer Society, Michael Elliott has had a powerful impact on the operation of the Society, from the standpoint of volunteers as well as staff. In 1983, with an annual budget of $3M and a staff of approximately 30, the Society has already outgrown the capacity of any volunteer president to act effectively as general manager while also pursuing a full-time career as a computer professional. Indeed, following the loss of one president to a fatal heart attack, many were beginning to say the CS presidency — as then constituted — was not a doable job for a volunteer. So from the volunteer’s perspective, one of Michael’s key contributions has been to relieve the president of the Society’s day-to-day operational management duties. From the staff perspective, Michael has brought organizational integrity and a new sense of professionalism. Working with President Roy Russo and, subsequently, President Ed Parrish, he was instrumental in helping to bring staff workloads in line with workforce availability and to achieve a rational division of responsibility between staff and volunteers. In addition, continuing an initiative begun with President Russo, he has been successful in raising the consciousness of all senior staff on the issue of quality, and we are now well on the way to developing quality plans throughout the organization.

Michael Elliott has had a direct impact upon the international growth of the Society. Acting on the instructions of the Board, he carried out all the necessary analyses and negotiations to establish and staff the Brusssels office in 1985 during the tenure of President Martha Sloan, and the Tokyo office, later in 1987.

Working under then President Oscar Garcia, he also played a leadership role in establishing Compmail, the Society’s e-mail system — and made it pay — long before any of our sister professional societies established comparable systems.

Elliott is a solid manager and strong staff leader whose work ethic and dedication to the Society provide a consistent model for those around him. He has brought stability and planning to the staffing and capital equipment acquisition processes, has regularized the personnel procedures, and has made staff professional training and development a high priority. He handles a difficult job with grace and humor, and he has earned the good will and respect of volunteer and staff colleagues alike.

He is survived by his wife Loretta (Glaze) Elliott; his son Christopher Michael Elliott, wife Nikol and grandson Malcom of Sterling, VA; his brother Dennis D. Elliott and wife Catherine of Bloomington, IN; nieces Jodi Elliott, DO of Anchorage, AK and Dawn Elliott of Louisville, KY; and stepfather James Schultheis of Evansville, IN.