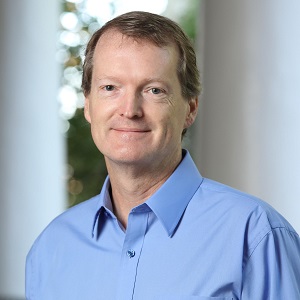 He has published widely in the areas of program analysis, software specification, and automated formal methods. His research contributions have been recognized with an ICSE “Most Influential Paper” award (2010), two SIGSOFT “Impact Paper” awards (2010,2021), and an ESEC/FSE “Test of Time” award (2018). He has been named a Fulbright Research Scholar (2011), an IEEE Fellow (2013), a LERO David Lorge Parnas Fellow (2018), and an ACM Fellow (2019). He was recognized with the “Outstanding Alumni Achievement in Research” award in 2019 by the CS Department at the University of Massachusetts at Amherst.

His research contributions are the product of longstanding collaborations with excellent mentors, colleagues, and students. He has been fortunate to supervise the doctoral theses of 10 talented students including: 4 women, 5 who hold faculty positions, and 3 who have won significant honors.

Dr. Dwyer has served as program chair of top conferences in software engineering: FSE (2004), ICSE (2008), and OOPSLA (2012), and as general chair of ISSTA (2011) and ICSE (2022). He has held editorial positions for top journals including: IEEE TSE, ACM TOPLAS, and CACM, and served as Editor-in-Chief of IEEE TSE (2015-2018) where he helped to establish the journal-first publication model in the field of Software Engineering. His service to the software engineering community was recognized with the ACM SIGSOFT “Distinguished Service Award” (2019).

2022 Harlan D. Mills Award
“For contributions to the specification and analysis of software.”
Learn more about the Harlan Mills Award