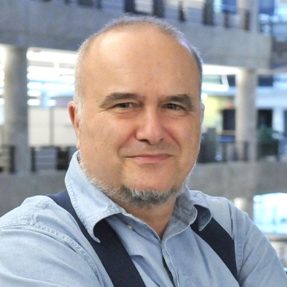 Marc Snir is Director of the Mathematics and Computer Science Division at the Argonne National Laboratory and Michael Faiman and Saburo Muroga Professor in the Department of Computer Science at the University of Illinois at Urbana-Champaign. He currently pursues research in programming environments for high-performance computing.

He was head of the Computer Science Department from 2001 to 2007. Until 2001, he was a senior manager at the IBM T. J. Watson Research Center where he led the Scalable Parallel Systems research group that was responsible for major contributions to the IBM SP scalable parallel system and to the IBM Blue Gene system.

Snir received a Ph.D. in Mathematics from the Hebrew University of Jerusalem in 1979, worked at NYU on the NYU Ultracomputer project in 1980–1982, and was at the Hebrew University of Jerusalem in 1982–1986, before joining IBM. Snir was a major contributor to the design of the Message Passing Interface. He has published numerous papers and given many presentations on computational complexity, parallel algorithms, parallel architectures, interconnection networks, parallel languages and libraries and parallel programming environments.

Snir is Argonne Distinguished Fellow, AAAS Fellow, ACM Fellow, and IEEE Fellow. He has Erdos number 2 and is a mathematical descendant of Jacques Salomon Hadamard. He recently won the IEEE Award for Excellence in Scalable Computing.

2013 Seymour Cray Award
“For contributions to the research, development, theory, and standardization of high-performance parallel computing including the IBM RS/6000 SP and Blue Gene systems.”
Learn more about the Seymour Cray Award