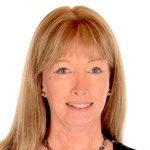 Lynn Conway is Professor of Electrical Engineering and Computer Science, Emerita, at the University of Michigan.

After earning her B.S. and M.S.E.E. from Columbia University’s School of Engineering and Applied Science, Conway joined IBM — where she made foundational contributions to superscalar computer architecture in the mid-1960’s, including the innovation of multiple-issue dynamic instruction scheduling (DIS).

Conway also innovated the internet-based rapid chip prototyping infrastructure that was institutionalized as the “MOSIS” system by DARPA and NSF — supporting rapid development of thousands of chip designs and leading to many Silicon Valley start-ups in the 1980’s.

After serving as Assistant Director for Strategic Computing at DARPA from 1983–1985, Conway joined the University of Michigan as Professor of EECS and Associate Dean of Engineering, where she continued her distinguished career.

In a remarkable form of career closure, Conway’s VLSI design revolution enabled her multi-issue DIS innovation from the 1960’s to finally “come to life” in the 1990’s — in the Intel Pentium microprocessors and their contemporaries — greatly enhancing the power of modern PC’s.

Conway has received many awards and honors for these contributions, including election as Fellow of the IEEE, Pender Award of the Moore School of the University of Pennsylvania, Wetherill Medal of the Franklin Institute, Secretary of Defense Meritorious Achievement Award, Society of Women Engineers National Achievement Award, Presidential Appointment to the USAFA Board of Visitors, an honorary Doctorate from Trinity College, election to the Electronic Design Hall of Fame, and election as a Member of the National Academy of Engineering.