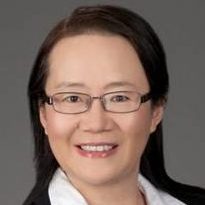 Ling Liu is a Professor in the School of Computer Science at Georgia Institute of Technology. Liu’s research interests are in the areas of database systems, distributed computing, and Internet data management and data mining with the focus on performance, availability, fault tolerance, security and privacy. Liu has published over 300 International journal and conference papers, and has supervised more than 20 Ph.D. dissertations. She is a recipient for 2012 Outstanding Doctoral Thesis Advisor award from Georgia Institute of Technology, co-recipient of Best Paper Awards at the IEEE International Conference on Distributed Computing Systems 2003 and International Conference on World Wide Web 2004, and co-recipient of 2005 Pat Goldberg Memorial Best Paper Award. With Tamer Ozsu, Liu is a co-editor-in-chief of the 5 volumes of Encyclopedia of Database Systems (Springer 2010). Her research has been supported by the U.S. National Science Foundation (NSF), the U.S. Department of Defense (DOD), the U.S. Department of Energy, as well as industrial companies including IBM and Intel.