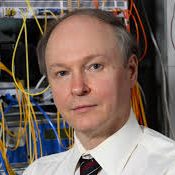 As CEO of XKL, LLC, a leading provider of optical networking equipment, Leonard Bosack continues to drive technology innovation in his quest to bring fundamental change to worldwide telecommunications. Mr. Bosack co-founded Cisco Systems in 1986 and is largely responsible for pioneering the widespread commercialization of local area network (LAN) technology to connect geographically disparate computers over a multiprotocol router system. While commonplace today, this technology was unheard of at the time Mr. Bosack perfected his first viable router in the mid-1980s.

After graduating from the University of Pennsylvania, Bosack held significant technical leadership roles at AT&T Bell Labs (now part of Alcatel-Lucent) and Digital Equipment Corporation. He earned a masters degree in computer science from Stanford University, where he went on to become Director of Computer Facilities for the university’s Department of Computer Science. While at Stanford, Mr. Bosack was a key contributor to the emerging network technology driven by the U.S. Department of Defense known as the ARPAnet that was the genesis of today’s Internet. Using his growing expertise in networking, he and a team of fellow staff members successfully linked the university’s 5,000 computers across a 16-square-mile campus area, overcoming incompatibility challenges to create the first true LAN system.

On the heels of this success, Bosack and his partner, Sandy Lerner, co-founded Cisco Systems in the late 1980s. In its first month alone, Cisco landed contracts worth more than $200,000 and the pair worked tirelessly for the next year to grow the demand for its products. Through their collective technical genius, the company continued to dominate the marketplace with revolutionary technology such as the first multiport router-specific line cards and sophisticated routing protocols. This technical foundation still persists at Cisco and throughout the Internet today.

In late 1987, with the help of an infusion of $2.5 million in venture capital, Cisco began to thrive. The company went public in 1990 and continued to be one of the most popular tech stocks on the market for much of the decade.