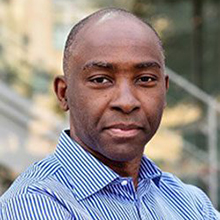 Olukotun made substantial contributions to advancing transactional memory (TM) technology. TM technology simplifies multicore programming by providing developers with an intuitive, high-level abstraction to manage concurrency and synchronization. He co-lead the Transactional Coherence and Consistency (TCC) project that explored many hardware and software aspects of TM technology.  The TCC project produced a number of significant contributions including the design of multicore architectures that use memory transactions as the exclusive unit of parallel work, memory coherence, and memory consistency.

Olukotun is an innovator in the use of Domain-Specific Languages (DSLs) for programming heterogeneous computer systems composed of multicores, GPUs and clusters. DSLs use high-level abstractions to simplify programming while achieving high performance in a heterogeneous environment. The Delite compiler framework was conceived to simplify the process of DSL development by providing components such as parallel patterns, locality and parallelism optimizations, and code generators that can be reused by many DSL implementations.

Olukotun is currently a member of the Data Analytics for What’s Next (DAWN) Lab which is developing infrastructure for usable machine learning. Olukotun is focusing on the design of domain-specific accelerators for machine learning and data analytics using parallel patterns.

Olukotun received his Ph.D. in Computer Engineering from the University of Michigan. He is an IEEE Fellow and ACM Fellow for contributions to multiprocessors on a chip and multi-threaded processor design.