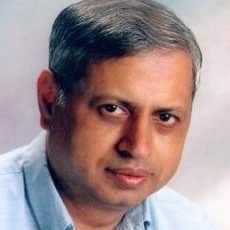 Krishan K. Sabnani is Senior Vice President of Networking Research at Bell Labs, Lucent Technologies. He received a Bachelor of Technology degree in Electrical Engineering from the Indian Institute of Technology in New Delhi in 1975, a Masters Degree in Electronic Engineering from the Netherlands Universities in 1977, and a Ph.D. in Electrical Engineering from Columbia University in New York in 1981. From 1981 to 1993 he worked as an individual researcher at Bell Labs. In 1993 he was appointed Head of the Wireless Research Department, and he has subsequently assumed positions of broader responsibility in Bell Labs.

Sabnani is a Bell Labs Fellow. He is also a fellow of the Institute of Electrical and Electronic Engineers (IEEE) and the Association of Computing Machinery (ACM). He is the recipient of the 2005 IEEE Eric E. Sumner Award. In 1991 he received the Leonard G. Abraham Prize Paper Award from the IEEE Communications Society. In 1975, Sabnani won the President of India’s Gold Medal and India’s Institute of Engineers gold medal. He holds 37 patents and has published more than 70 papers.

As an individual researcher, Sabnani’s seminal work has helped shape today’s Internet and cellular networks. He made significant contributions to conformance test generation, protocol validation, automated converter generation, and reverse engineering. He also designed several important protocols such as the SNR protocol, AirMail, and Reliable Multicast Transport Protocol (RMTP). For example, his work on RMTP enabled reliable multicasting of data over the Internet, making reliable multicasting intrinsically scalable and addressing key problems relating to multicast congestion control. Sabnani was also the first to apply formal methods to conformance testing, which resulted in a reduction in test time from weeks to a few hours.

In his leadership role, Sabnani has built organizations characterized by outstanding individual and team accomplishments and the development of recognized leaders in the company and in the industry. He has conceived and launched numerous systems projects in the areas of Internet working and wireless networking and led successful transfers of research ideas to provide differentiated products in Lucent and AT&T business units. For example, Sabnani and his team created an innovative architecture and new protocols for adding packet data capability and reducing costs in the basic cellular network infrastructure by 50%. They also devised a unique global roaming solution that enables roaming between all cellular and 802.11 networks. This work led to an important product in Lucent’s successful cellular infrastructure business. Sabnani’s teams have also made important contributions in the areas of Internet infrastructure, caching and content distribution, network management, and Lucent’s 3G wireless data strategy.

Sabnani and his wife, Dr. Indu Sabnani, reside in Westfield, NJ. They have two children, Ilya and Kirk.