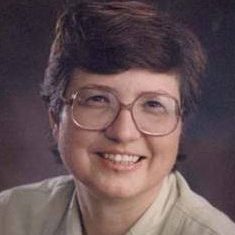 Klara Nahrstedt is a full professor at the University of Illinois at Urbana-Champaign, Computer Science Department. Her research interests are directed toward end-to-end quality of service and research management in wired and wireless networks; multimedia distributed systems and networking; peer-to-peer streaming systems; real-time security in wireless networks for cyber-critical infrastructures; and next-generation session initiation, management, and distribution protocols for tele-immersive systems and applications.

She is the recipient of the NSF Career Award, the Junior Xerox Award, the IEEE Communication Society Leonard Abraham Award for Research Achievements, the University Scholar Award and the Humboldt Research Award. She was the editor-in-chief of the ACM/Springer Multimedia Systems Journal (2000–2006), associate editor of ACM Transactions on Multimedia Computing, Communications, and Applications (2005–2011), associate editor of IEEE Transactions on Multimedia (2012– ), associate editor of IEEE Transactions on Information Forensics & Security (2005–2009), general co-chair of ACM Multimedia 2006, general chair of ACM NOSSDAV 2007, general chair of IEEE PerCom 2009, and Ralph and Catherine Fisher Chair Professor. She was elected to serve as the chair of the ACM Special Interest Group (SIG) on Multimedia (2007–2013). She is the co-author of widely used textbooks “Multimedia Computing, Communications and Applications,” published by Prentice Hall, and “Multimedia Systems,” published by Springer Verlag. She is the author of the manuscript “QoS in Wireless Networks over Unlicensed Spectrum,” published by Morgan & Claypool publishers. She has published over 300 scientific contributions in leading, peer-reviewed journals, conferences and workshops.

Klara Nahrstedt received her diploma in mathematics and numerical analysis from Humboldt University, Berlin, in 1985. She was a research scientist in the Institute for Informatik in Berlin until 1990. In 1995 she received her PhD from the University of Pennsylvania in the Department of Computer and Information Science. She is the member of ACM and IEEE Fellow.