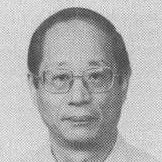 Professor King-Sun Fu, a native of China, received degrees from the National Taiwan University and the University of Toronto. In 1959, he received his Ph.D. from the University of Illinois. After holding positions at Seattle University and the Boeing Airplane Company, he came to Purdue University in 1960 as Assistant Professor of Electrical Engineering. He was rapidly promoted to Associate Professor, then Professor, and in 1975 he was named the W. M. Goss Distinguished Professor of Electrical Engineering. Internationally recognized in the engineering disciplines of pattern recognition, image processing, and artificial intelligence, Prof. Fu made milestone contributions in both basic and applied research. He was often termed the father of automatic pattern recognition and was responsible for contributing a deep theoretical foundation to the area by pointing out the basic similarity between recognizing the patterns in pictures or other data and recognizing the patterns in an English sentence. Building on this idea, he formulated the concept of a grammar for patterns, which led to the area of syntactic and semantic pattern recognition.

Through his contributions and tireless and unselfish devotion to professional activities, he contributed in many ways to the IEEE Geoscience and Remote Sensing Society, as evidenced by his willingness to serve as Associate Editor of the TRANSACTIONS. He was associated with the founding of the Laboratory for Applications of Remote Sensing (LARS) at Purdue University, and many of his contributions and those of his students are now routinely used in the analysis of remotely sensed image data. Dr. Fu wrote four books and more than 400 scholarly papers. He taught and inspired 75 Ph.D. candidates. Among his many honors, he was elected to membership in the National Academy of Engineering in 1976, received the Senior Research Award of the American Society for Engineering Education in 1981, and was awarded the IEEE’s Education Medal in 1982. He was a Fellow of the IEEE, a 1971 Guggenheim Fellow, and a member of the Sigma Xi, Eta Kappa Nu, and Tau Beta Pi honorary societies. Moreover, he was the founding president of the International Association for Pattern Recognition, the founding Editor-In-Chief of the IEEE Transactions on Pattern Analysis and Machine Intelligence, and the Editor-In-Chief or Editor of seven leading scholarly journals.

Surviving are his wife, Viola; two sons, Francis, of Columbus, Ohio, and Thomas, a student at Purdue; a daughter, June, a student at Northwestern University, and three brothers, Tse-Sun Fu, Run-Sun Fu, and Yuen-Sun Fu.

1982 Harry H. Goode Memorial Award
“In recognition of his contributions in pattern recognition and its applications, and his leadership in education in information processing.”
Learn more about the Harry Goode Award