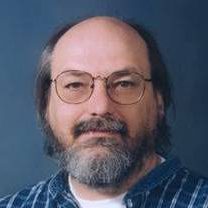 Kenneth L. Thompson, a researcher for more than 30 years at Bell Laboratories (now a division of Lucent Technologies), was named the first recipient of the IEEE Computer Society’s Tsutomu Kanai Award for contributions in the area of distributed computing system. The co-creator of Unix and a developer of the prototype language B on which C was based — Thompson’s research has focused on operating systems, programming languages, computer games, and voice and data programs. His software projects have contributed to open, portable computing.

In the late 1960s, Ken Thompson was part of the Multics project, a collaborative effort among Bell Labs, MIT, and General Electric to develop a new kind of operating system. When Bell Labs withdrew from the project. Thompson and fellow Bell Labs researcher Dennis Ritchie nonetheless, producing not merely an operating system as envisioned by Multics but, in Ritchie’s words, “a system around which a fellowship could form.” With Thompson’s conception for the basic file system, a programming environment for communal computing was created.

Unix, created in 1969, was the first portable operating system. It laid the groundwork for a networking paradigm in computing; after Unix, computers no longer had to be used in isolation from one another.

Widely used today in academic settings and on Internet servers, Unix was designed to run on anything from mainframes to PCs. Distributed for free since its inception, Unix has constantly evolved through the availability of its source code to a wide community of users. Although proprietary operating systems on Wintel and Macintosh machines have a strong hold on the personal computing OS market, Unix and its kin Linux still dominate in many other arenas.

Thompson first tried Fortran and then BCPL, a language from the Multics project, for writing Unix. Finding neither completely satisfactory, he created B, a derivative of BCPL. Ritchie expanded on B to create the programming language C.

In recent years, Thompson has been involved in Lucent’s Plan 9 and Inferno OS projects. Constructed with distributed computing in mind, these programming environments allow for much hardware flexibility. Intended to improve upon the features Unix provided, Plan 9 allows separate acting as terminals, CPU servers, and file servers to share computing power.

Inferno, written in Bell’s new Limbo programming language, allows communication among different machines. Often compared to Java, Inferno sprang out of Plan 9 and was designed to integrate into devices ranging from interactive television sets and remote controls to workstations and servers. Current applications at Lucent include distributed call processing and embedded applications for remote maintenance.

Even before Space Travel (the game he wrote and used to test the fledgling Unix construct), Thompson was interested in computer games. With Joseph Condon, Thompson worked on Belle, the International Computer Chess Association’s World Computing Chess Champion for 1980. The first chess program to attain a Master’s rating, Belle considered the end game first — its database first considered the board positions of a victorious player, then extrapolated back to a full complement of pieces for either side. Although none of Thompson’s active projects involve computer games, this has long been an area of interest for him.

Thompson’s latest work has been toward the development of Lucent’s PathStar Access Server, which provides packet voice and data services over the Internet. The holder of several patents, Thompson has also done research in digital music distribution and security for networked computers.

The achievements of Ken Thompson have been recognized many times over. An elected member to the National Academy of Engineering, Thompson is a past recipient of the ACM A.M. Turing Award and the Computer Pioneer Award for contributions of lasting importance to computing. In addition, he recently received the US National Medal of Technology with Dennis Ritchie.