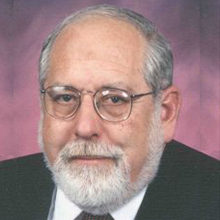 Dr. Kenneth E. Batcher received a B.S.E.E. degree from Iowa State University in 1957 and M.S. and Ph.D. degrees from the University of Illinois in 1962 and 1964, respectively. He worked in the Computer Engineering Department of Goodyear Aerospace Corporation (later Loral Defense Systems Division, now Lockheed-Martin Tactical Defense Systems Division) for 28 years where he developed the architectures of two SIMD parallel processors: the STARAN (1972) and the MPP (1983). In 1989 he joined the faculty at Kent State University and in 2009 he retired from Kent State University.

He is the author of several technical papers and has 14 patents. He discovered two parallel sorting algorithms: the odd-even mergesort and the bitonic mergesort. He also discovered a method of scrambling data in a random access memory to allow accesses along multiple dimensions; these memories were used in the STARAN and the MPP.