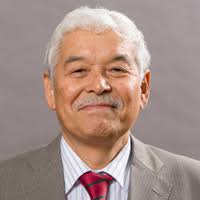 Kenichi Miura is a professor in High-end Computing and Director of the Center for Grid Research and Development at the National Institute of Informatics (NII). He also serves as a Fellow at Fujitsu Laboratories Limited, a visiting professor at the National Astronomical Observatory, and as a visiting researcher at RIKEN in conjunction with the Next Generation Supercomputer Project. Dr. Miura is a member of the Engineering Academy of Japan.

Dr. Miura received his B.S. degree in Physics from University of Tokyo in 1968, MS and Ph.D. degrees in Computer Science from University of Illinois, Urbana-Champaign in 1971 and 1973, respectively. At the same time, he worked as a research assistant and later a research associate in the ILLIAC IV Project. Dr. Miura joined Fujitsu in 1973, and since then has been involved in mainframe computer design, high-performance computer design, and special-purpose signal processor design for the radio astronomy. From 1992 to 1996, he was Vice President and General Manager of Supercomputer Group at Fujitsu America, Inc. in San Jose California, where he was responsible for the entire supercomputer-related activities in the U.S., including computational research on vector and parallel algorithms for Fujitsu supercomputer systems.

In 1997 Dr. Miura became Chief Scientist in the HPC Division of Fujitsu, and in 2002, he was promoted as a fellow with the Fujitsu Laboratories Limited. In 2003 he joined the National Institute of Informatics. He served as the Project Leader of the National Research Grid Initiative Project (NAREGI) from 2003 to 2008, which was funded by the Ministry of Education, Culture, Sports, Science and Technology (MEXT). Since 2008, Dr. Miura has been directing a new project called “Resource Linkage for e-Science (RENKEI)”, which is also funded by MEXT.