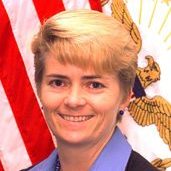 Katherine L. Morse took her first paid job as a programmer at the age of 17, the summer after she graduated from high school, and has worked continually in computing since then. Her programming and software engineering skills funded a B.S in mathematics, a B.A in Russian, and an M.S. in computer science from the University of Arizona as well as an M.S. and a Ph.D. in information and computer science from the University of California, Irvine. During her undergraduate career, Dr. Morse was elected to both Phi Beta Kappa and Dobro Slovo (the national Slavic languages honorary). She also spent a summer studying Russian in the former Soviet Union.

During her 30 years in the field of computing, Dr. Morse has worked in computer security, compilers, operating systems, neural networks, speech recognition, image processing, engineering process development, and simulation. She first became interested in simulation while developing a compiler and operating system kernel for a neural network subprocessor. When development of the hardware was delayed, she developed a circuit-level simulator of the subprocessor to test the compiler and kernel. Her interest in parallel and distributed simulation developed while working on a compiler for a simulation language designed to run on massively parallel computers.

Dr. Morse began working on the High Level Architecture (HLA) for Modeling and Simulation in 1996 while pursuing her Ph.D. Her work and Ph.D. studies aligned, allowing her to integrate the results of her research into her development of the data distribution management services in the HLA. Her Ph.D. dissertation is on dynamic multicast grouping for data distribution management, a field in which she is widely recognized as a foremost expert. She is now internationally recognized for her technical innovation in modeling & simulation integration including seminal work on the integration of M&S via emerging technologies including web services and SCORM. Dr. Morse has published over 50 papers and articles, and is often invited to give presentation and keynote addresses at international M&S conferences.

While working on the technical development of the HLA standards, Dr. Morse became involved in IEEE standards development activities. Dr. Morse was elected in March 1998 as vice chair of the IEEE 1516 Standards Development Group and in March 1999, she became one of the charter members of the Simulation Interoperability Standards Committee (SISC), serving on the original working groups for IEEE 1516, 1516.1, 1516.2, and 1516.3. She is the only person to serve as both an officer and a contributing drafting group member of all four projects. In March 2000, she was elected as Vice Chair of the SISC and continued to serve in this position until the merger of the SISC and SISO in 2003. She was appointed to the SISO Standards Activity Committee (SAC) in 2004 to lead the merger of the SISC and SISO and has been elected twice to the SISO SAC where she served as Vice Chair and IEEE Liaison for three years. In September of 2007 she was elected SAC chair. When SISO SAC superceded the SISC as the sponsor of the IEEE 1278 and IEEE 1516 standards, Dr. Morse assumed SISO SAC’s seat on the CS SAB where she worked to worked to established straightforward lines of communication with the IEEE CS SAB, AudCom and other IEEE committees, enabling SISO volunteer members to focus on developing standards. Currently, in addition to her duties as SISO SAC chair, she serves as Secretary on the IEEE 1516, IEEE 1516.1 and IEEE 1516.2 working groups developing the revision to these standards, and as the vice chair of the IEEE 1730 working group.

Dr. Morse is a senior member of IEEE.