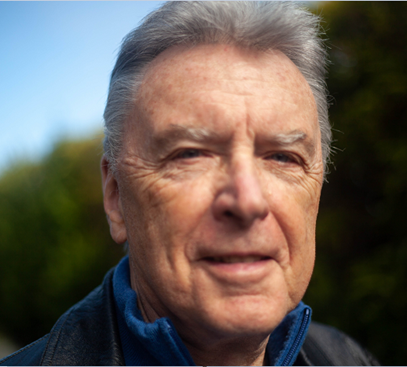 Dr. Jon Peddie is a recognized pioneer in the graphics industry, President of Jon Peddie Research, and named one of the most influential analysts in the world. He lectures at numerous conferences and universities on topics pertaining to graphics technology and the emerging trends in digital media technology. Former President of Siggraph Pioneers, he serves on the advisory boards of several conferences, organizations, and companies, and contributes articles to numerous publications. In 2015, he was given the Life Time Achievement award from the CAAD society Peddie has published hundreds of papers, to date; and authored and contributed to eleven books, His most recent, “Augmented Reality, where we all will live.” Jon is a former ACM Distinguished Speaker. His latest books is, “Ray Tracing, a Tool for all.”

Ray Tracing: A Tool for All

This is the first book to offer a comprehensive overview for anyone wanting to understand the benefits and opportunities of ray tracing, as well as some of the challenges, without having to learn how to program or be an optics scientist.

It demystifies ray tracing and brings forward the need and benefit of using ray tracing throughout the development of a film, product, or building — from pitch to prototype to marketing.

Often considered an esoteric subject the author takes ray tracing out of the confines of the programmer’s lair and shows how all levels of users from concept to construction and sales can benefit without being forced to be a practitioner.

It treats both theoretical and practical aspects of the subject as well as giving insights into all the major ray-tracing programs and how many of them came about.

It will enrich the readers’ understanding of what a difference an accurate high-fidelity image can make to the viewer — our eyes are incredibly sensitive to flaws and distortions and we quickly disregard things that look phony or unreal. Such dismissal by a potential user or customer can spell disaster for a supplier, producer, or developer. If it looks real it will sell, even if it is a fantasy animation.

Ray tracing is now within reach of every producer and marketeer, and at prices, one can afford, and with production times that meet the demands of today’s fast world.

Augmented Reality: Where We Will All Live

This book provides an in-depth exploration of the field of augmented reality (AR) in its entirety and sets out to distinguish AR from other inter-related technologies like virtual reality (VR) and mixed reality (MR).

The author presents AR from its initial philosophies and early developments, to its current technologies and its impact on our modern society, to its possible future developments; providing readers with the tools to understand issues relating to defining, building, and using our perception of what is represented in our perceived reality, and ultimately how we assimilate and react to this information.

Augmented Reality: Where We Will All Live, can be used as a comprehensive guide to the field of AR and provides valuable insights for technologists, marketers, business managers, educators, and academics who are interested in the field of augmented reality; its concepts, history, practices, and the science behind this rapidly advancing field of research and development.

Presents a comprehensive guide to the field of Augmented Reality (AR) past, present, and future
Explores current developments in AR with many examples and diagrams
Aims to distinguish augmented reality from other related disciplines like virtual reality and mixed reality

The History of Visual Magic in Computers: How Beautiful Images are Made in CAD, 3D, VR and AR

If you have ever looked at a fantastic adventure or science fiction movie, or an amazingly complex and rich computer game, or a TV commercial where cars or gas pumps or biscuits behaved liked people and wondered, “How do they do that?”, then you’ve experienced the magic of 3D worlds generated by a computer.

3D in computers began as a way to represent automotive designs and illustrate the construction of molecules. 3D graphics use evolved to visualizations of simulated data and artistic representations of imaginary worlds.

In order to overcome the processing limitations of the computer, graphics had to exploit the characteristics of the eye and brain, and develop visual tricks to simulate realism. The goal is to create graphics images that will overcome the visual cues that cause disbelief and tell the viewer this is not real.

Thousands of people over thousands of years have developed the building blocks and made the discoveries in mathematics and science to make such 3D magic possible, and The History of Visual Magic in Computers is dedicated to all of them and tells a little of their story.

It traces the earliest understanding of 3D and then foundational mathematics to explain and construct 3D; from mechanical computers up to today’s tablets. Several of the amazing computer graphics algorithms and tricks came of periods where eruptions of new ideas and techniques seem to occur all at once. Applications emerged as the fundamentals of how to draw lines and create realistic images were better understood, leading to hardware 3D controllers that drive the display all the way to stereovision and virtual reality.

Maps the history of the techniques behind science fiction movies, complex and rich computer games, and TV commercials capable of making cars, gas pumps and biscuits behave like human beings