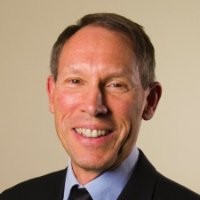 An IEEE Senior Member, Walz was appointed to the IEEE-CS Standards Activities Board and served as Secretary and Chair. He served on the IEEE Conference Publications Committee in 2009-2010. He was a member of the IEEE-CS Awards Committee and served as the Hans Karlsson Award Chair from 2003-2006. He was Planning Chair and Quality Management Study Group Chair for the IEEE-CS Software and Systems Engineering Standard Committee (S2ESC) in 2004, and was part of the IEEE-CS Distinguished Visitor Program. As President, he co-chaired the Industry Practitioners ad hoc of IEEE TAB, and has been appointed to the IEEE Conference Committee in 2013.

Walz is a Golden Core member and recipient of the Distinguished Service and Meritorious Service Award. Previously, he was Local Arrangements Chair for Computer Software Applications Conference (COMPSAC) under Dr. Steven Yau’s leadership.

“For service to the Computer Society with dedication and strong leadership aligned with a visionary strategic plan.”