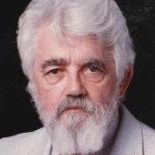 John McCarthy is Professor of Computer Science at Stanford University. He has been interested in artificial intelligence since 1948 and coined the term in 1955. His main artificial intelligence research area has been the formalization of common sense knowledge. He invented the LISP programming language in 1958, developed the concept of time-sharing in the late fifties and early sixties, and has worked on proving that computer programs meet their specifications since the early sixties. He invented the circumscription method of non-monotonic reasoning in 1978.

His main research (1995) is formalizing common sense knowledge and reasoning. His articles are on John McCarthy’s main web page.

McCarthy received the A. M. Turing award of the Association for Computing Machinery in 1971 and was elected President of the American Association for Artificial Intelligence for 1983-84 and is a Fellow of that organization. He received the first Research Excellence Award of the International Joint Conference on Artificial Intelligence in 1985, the Kyoto Prize of the Inamori Foundation in November 1988, and the National Medal of Science in 1990. He is a member of the American Academy of Arts and Sciences, the National Academy of Engineering and the National Academy of Sciences. He has received honorary degrees from Linkoping University in Sweden, the Polytechnic University of Madrid, Colby College, Trinity College, Dublin and Concordia University in Montreal, Canada. He has been declared a Distinguished Alumnus by the California Institute of Technology.