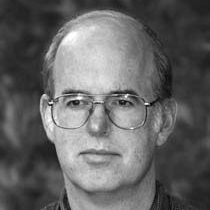 Dr. John Bell is a Senior Staff Mathematician at Lawrence Berkeley National Laboratory and leader of the Center for Computational Sciences and Engineering in LBNL’s Computational Research Division. Prior to joining LBNL, he held research positions at Lawrence Livermore National Laboratory, Exxon Production Research and the Naval Surface Weapons Center. John’s research focuses on the development and analysis of numerical methods for partial differential equations arising in science and engineering.

He has made contributions in the areas of finite difference methods for hyperbolic conservation laws and low Mach number flows, discretization strategies for multiphysics applications, and parallel computing. He has also pioneered the development of adaptive mesh algorithms for multiphysics and multiscale problems. John’s work has been applied in a broad range of fields, including aerodynamics, shock physics, seismology, flow in porous media and astrophysics.

In his most recent work, John’s research has focused on the development of parallel adaptive algorithms for low Mach number reacting flows that occur in terrestrial combustion and astrophysics. The methodology developed by John and his collaborators has enabled the first high fidelity simulations of laboratory turbulent flames with detailed chemical kinetics and is being used to study the dynamics of Type Iasupernovae. John is the author of more than 100 scientific publications. In 2003, he was a co-recipient of the 2003 SIAM/ACM Prize in Computational Science and Engineering, awarded by the Society for Industrial and Applied Mathematics (SIAM) and the Association for Computing Machinery (ACM).

In addition to his research contributions, John has also been an active contributor to the research community. He served as co-chair of the 2004 SIAM Annual Meeting; was chair of the 1988 Gordon Research Conference on Modeling of Flow in Permeable Media and vice chair of the same conference in 1986. He was editor of the SIAM Review from 1994–1997 and editor of the Journal of Computational Physics from 1990–1991. Most recently, he helped launch and is the managing editor of the new journal, Communications in Applied Mathematics and Computational Science.

2005 Sidney Fernbach Award
“For outstanding contributions to the development of numerical algorithms, mathematical, and computational tools and on the application of those methods to conduct leading-edge scientific investigations in combustion, fluid dynamics and condensed matter.”
Learn more about the Sidney Fernbach Award