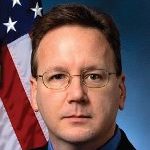 John S. Bay is currently the Chief Scientist of the Air Force Research Laboratory, Information Directorate in Rome, New York. He serves in that capacity as a member of the scientific and professional cadre of the Senior Executive Service.  The directorate is the Air Force center for the advancement and application of information systems science and technology and its transition to air, space, cyberspace, and ground systems.

Prior to joining AFRL, Dr. Bay was a Program Manager in the Information Exploitation Office (IXO) of the Defense Advanced Research Projects Agency (DARPA). At ARPA, he completed and transitioned four major programs, including Software-Enabled Control (SEC) and the Model-Based Integration of Embedded Systems (MoBIES).

Before joining DARPA, Dr. Bay was an Engineering Fellow at the Raytheon Company in Falls Church, Virginia, where he worked in robotics, command and control, and C3I advanced systems. Prior to that, he spent 11 years as a professor of electrical and computer engineering at Virginia Polytechnic Institute and State University in Blacksburg, Va.

Dr. Bay’s research interests focus on control systems, robotics, biomechanics, machine learning, and embedded systems. He is an IEEE Fellow and is a former IEEE Computer Society Distinguished Visitor. He is also a 2005 recipient of the Office of the Secretary of Defense Medal for Exceptional Public Service.