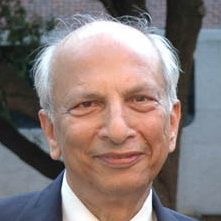 A fellow of IEEE (1976), IAPR (1998), and AAAS (2005) Professor Aggarwal received the Best Paper Award of the Pattern Recognition Society in 1975 and the Senior Research Award of the American Society of Engineering Education in 1992. He is the recipient of the 2004 K. S. Fu Prize of the IAPR, the 2005 Leon K. Kirchmayer Graduate Teaching Award of the IEEE, and the 2007 Okawa Prize of the Okawa Foundation of Japan. He is the author or editor of 7 books and 52 book chapters, author of over 200 journal papers, as well as numerous proceeding papers and technical reports.