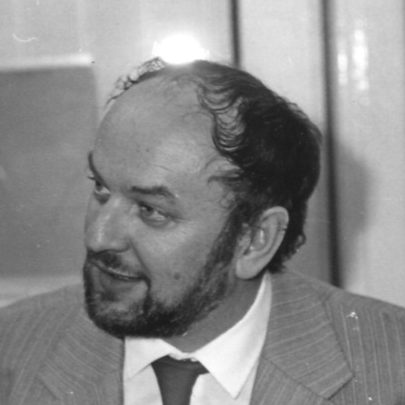 Widely recognized within the Czech Republic as the founding father of informatics and computer science, Jiri Horejs has set high standards for computer science in Czechoslovakia, where his work has shaped both education — notably at the doctorate level — and practice. His university courses, which have formed the basis for texts, and his lectures have contributed significantly to formulating Czech terminology in contemporary computer science. His initiatives culminated in the establishment of a dedicated board for computer science as a discipline within the Czech Academy of Sciences. Horejs continues to introduce new lecture topics at national and international seminars.

In 1964 Horejs formed and also chaired the mathematical machines section in the mathematics department at Masaryk University. He organized a research team to develop specialized mathematics studies that evolved into informatics. He also formed a group focused on formal methods of testing program correctness and created a system for actually testing program-testing methods. The graph-oriented program representation resulting from this project has influenced industrial-size applications involving database design or knowledge representation based on intentional logic. Later, he introduced the idea of testing program correctness based on modified semantics and the investigation of resulting program behavior, either through limited interpretations or through automata as the model of internal behavior.

Horejs became a staff member at Charles University in Prague in 1987, where he initiated work in neural networks and DNA computing, in conjunction with the institutes of the Czech Academy of Science.