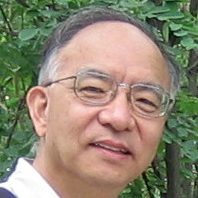 Jiawei Han is a Professor in the Department of Computer Science at the University of Illinois. He has been working on research into data mining, information network analysis, data warehousing, stream mining, spatiotemporal and multimedia data mining, text and Web mining, and software bug mining, with over 400 conference and journal publications. He has chaired or served in over 100 program committees of international conferences and workshops and also served or is serving on the editorial boards for Data Mining and Knowledge Discovery, IEEE Transactions on Knowledge and Data Engineering, Journal of Computer Science and Technology, and Journal of Intelligent Information Systems. He is currently the founding Editor-in-Chief of ACM Transactions on Knowledge Discovery from Data (TKDD).

He is a Fellow of ACM and IEEE. He is currently the Director of Information Network Academic Research Center (INARC) supported by the Network Science-Collaborative Technology Alliance (NS-CTA) program of U.S. Army Research Lab. His book “Data Mining: Concepts and Techniques” (Morgan Kaufmann) has been used worldwide as a textbook.