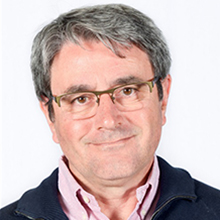 Jesús Labarta received a B.S. in Telecommunications Engineering from the Technical University of Catalunya (UPC) in 1981 and his Ph.D. in Telecommunications Engineering also from UPC in 1983. He is full professor of Computer Architecture at UPC since 1990 and was Director of CEPBA-European Center of Parallelism at Barcelona from 1996 to2005. Since its creation in 2005, he has been the Director of the Computer Sciences Research Department within the Barcelona Supercomputing Center (BSC).

During his 35-year academic career, Prof. Labarta has made significant contributions in programming models and performance analysis tools for parallel, multicore and accelerated systems, with the sole objective of helping application programmers to improve their understanding of their applications performance and to improve programming productivity in the transition towards very large-scale systems. Under his supervision, his research team has been developing performance analysis and prediction tools (Paraver and Dimemas) and pioneering research on how to increase the intelligence embedded in these performance tools.

He has also been a driving force behind the task-based StarSs programming model, which gives runtime systems the required intelligence to dynamically exploit the potential parallelism and resources available. His team has influenced the evolution of the OpenMP standard with the OmpSs instantiation of StarSs, and, in particular, its tasking model. Prof. Labarta has authored a large number of publications in peer-reviewed conferences and journals and has advised dozens of PhD students.

He has constantly tried to incorporate his vision and ideas into industrial collaborations. These include projects partially funded by the European Commission, or with HPC companies. Currently Prof. Labarta is the leader of the Performance Optimization and Productivity (POP) EU Center of Excellence where more than 100 users (both academic and SMEs) from a very wide range of application sectors receive performance assessments and suggestions for code refactoring efforts.