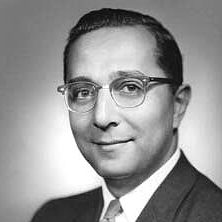 He later recalled of the 701: “We convinced ourselves that by taking a giant step toward this far-out high performance machine, we and our customers would benefit in many ways. … A major challenge was to see whether we could make a single machine that would simultaneously satisfy the needs of nearly 20 customers. We had never made anything that big before — in a manufacturing sense. They had always been created one at a time in the laboratory. Now came a problem: How could you split the work up among a big group of people so that they wouldn’t duplicate and fall over each other — and not leave anything undone?”

He also said: “We didn’t have budgets and schedules in those days. Maybe that is why we did things so fast. We didn’t have schedules to slow us down. … This was a very good project. We knew we had the support of the corporation and we knew we were doing something vital.”