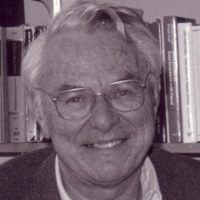 Jerry D. Noe, the first chair of the Department of Computer Science and Engineering at the University of Washington, passed away on the evening of 12 November 2005 after a brief battle with mesothelioma (a rare and aggressive form of cancer). He was 82 years old.

Noe was born in McCloud, California, on the southern flank of Mt. Shasta, on 1 February 1923. He received his BA in electrical engineering from UC Berkeley. After conducting radar research in Europe during World War II, he received his PhD in electrical engineering from Stanford University. Noe spent a number of years at the Stanford Research Institute (SRI) where, as assistant director of engineering, he led the technical team for the Electronic Recording Method of Accounting (ERMA) project, which first computerized banking in the 1950s for Bank of America. ERMA revolutionized the world banking system and launched data processing machines for business (see http://www.sri. com/about/ermastory.html for more details).  Noe and his ERMA team were honored by SRI in 2001 with the Weldon B. Gibson Achievement Award.

In 1968, Noe was recruited to the University of Washington as the first chair of the Computer Science Group and its graduate program. He concluded his term as chair in 1976. Subsequently, as a senior faculty member, he directed the Eden Project, the first award in the National Science Foundation’s Coordinated Experimental Research program. More detailed information of Noe’s career is available at http://noe.cs.washington.edu/, which is organized by Ed Lazowska of the University of Washington.