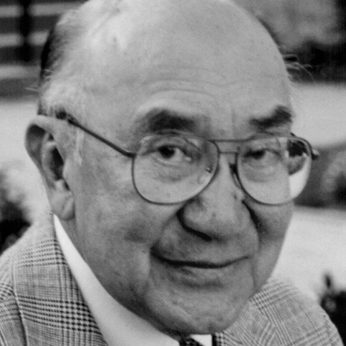 A Consultant with SRI and BTU International since 1986, Jeffrey Chuan Chu served as Director of BTU from 1991 to February 2009, when he retired and was given the honorary title of Director Emeritus. He received his B.A. from the University of Shanghai, B.S. from the University of Minnesota, M.S. from the University of Pennsylvania, and D.Sc. from Fournier Institute of Technology. He was an Adjunct Professor at Jiao Tong and Sandong University, both of China, and was Advisor to the Chairman, Science & Technology Commission, China. He was a core member of the engineering team that designed the first electronic computer, ENIAC, in 1946.

As a Senior Scientist at Argonne National Laboratory, he helped design several improved versions of large-scale computers, until the 1950’s when he became Chief Engineer at Univac for the LARC project, one of the earliest all-transistor computers. He continued to be a leading figure in the computer and electronics industry as microchip technology allowed computing devices to become smaller and more personal, becoming Director of Engineering and Vice President of Honeywell Information Systems, Senior Vice President at Wang Laboratories, and Chairman and CEO of Sanders Technology (Santec). He also served as Senior Advisor at Stanford Research Institute (SRI) and at Data Resources, Inc. (DRI). He returned to China for the first time in nearly 40 years and discovered the cause that would become his passionate mission for the rest of his life. He became an active participant in the effort to modernize China. Meeting with Deng Xiao Ping and serving on various State boards, he brought his technological expertise and knowledge of Western business practices to China, and advised American companies seeking to do business in China. As a lifelong scholar himself, it was his greatest pleasure to serve as visiting professor at several universities in China. He personally established a scholarship for Chinese students to study English at Shanghai Jiao Tong University, and he facilitated the establishment of a partnership between Jiao Tong University and the Wharton School of the University of Pennsylvania.

Inspired by his years of living in the U.S., he promoted the idea of public service as being an essential ingredient of a successful modern society. It was his self-appointed mission to inspire individuals to help those less fortunate, and to serve a cause beyond themselves. He advocated this ideal in his many public speeches in China, and he established a Campus Civility Award for public service at Jiao Tong University. However, he taught best by his own example. A man of tremendous vigor and vision, he spent his long public life in service to both his countries.