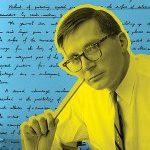 Dr. Jean A. Hoerni is founder, president and Chairman of the Board of Intersil, Inc., a position he has held since 1967. He was born on September 26, 1924 in Geneva, Switzerland. He received his B.S. degree in Mathematics in 1947 and his Ph.D. in Physics in 1950 from the University of Geneva, Switzerland. He received a second PhD. in Physics from Cambridge University, England in 1952, and then came to the United States as a Post Doctoral Research Fellow in Chemistry at the California Institute of Technology in Pasadena, California, 1952–1956.

While his early work is documented in papers dealing with the application of electron and x-ray diffraction techniques to some problems in crystal physics, and with the quantum theory of solids, his later work deals with semiconductor theory and devices. At Shockley Semiconductor Corporation he worked on the development of four-layer switching diodes and studied diffusion in semiconductors. At Fairchild, he developed and patented the planar semiconductor technology, the PNP double diffused transistor, and lifetime control in silicon devices.

Not only did Jean Hoerni invent the planar process, but he also promoted its advantages and use. The invention arose out of the study of methods to solve surface instabilities of semiconductor devices. The planar transistor provided the reliability required for use in large systems.

Its first large scale application was in military systems, and its reliability was proven in tests for Minuteman. The planar transistor invention was fundamental to the development of practical integrated circuits, and is used universally in transistor fabrication. The oxide coating inherent in the structure of the planar transistor provided the necessary insulating film to enable the interconnection of the transistors in integrated circuits. With this development came a further increase in reliability and the reduction for cost components for computers. The stable insulator also made MOS devices practical.

Dr. Hoerni is a member of IEEE, including the Electron Devices Group and the Computer Society, and is a member of the American Physical Society. Among his honors are election to Sigma Xi in 1953 and the John Scott Medal in 1966. He makes his home at Los Altos, California.