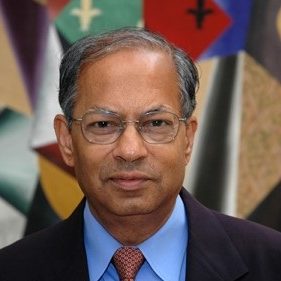 Jayadev Misra is the Schlumberger Centennial Chair Emeritus and University Distinguished Teaching Professor Emeritus at the University of Texas at Austin. He works in the area of concurrent programming with emphasis on rigorous methods to improve the programming process. His work on the UNITY methodology, jointly with K. Mani Chandy, has been influential in both academia and industry. He and Chandy (and, independently, Randy Bryant) pioneered the area of distributed discrete event simulation.

Misra has been awarded the Doctor Honoris Causa by the Ecole Normale Superieure de Cachan, France, in 2010. He is a distinguished alumnus of I.I.T., Kanpur, India. He was identified as a highly cited researcher by ISI, in 2004. He was a Guggenheim fellow during 1988-1989, the Strachey lecturer at Oxford University in 1996, and the Belgian FNRS International Chair of Computer Science in 1990. He is a member of the Academy of Distinguished Teachers at the University of Texas at Austin and was awarded the Regents’ Outstanding Teaching Award, University of Texas, in 2010. He is a fellow of the ACM and IEEE.

Misra did his B. Tech from I.I.T., Kanpur, India in 1969 and Ph.D. from the Johns Hopkins University in 1972. He has been at the Computer Science Department of the University of Texas at Austin since 1974, as assistant, associate and full professor. He was the chair of the department during 1994 to 1997. Misra has been the past editor of several journals including: Computing Surveys, Journal of the ACM, Information Processing Letters and the Formal Aspects of Computing. He is the author of two books, “Parallel Program Design: A Foundation,” Addison-Wesley, 1988, co-authored with K. Mani Chandy, and “A Discipline of Multiprogramming,” Springer-Verlag, 2001.

2017 Harry H. Goode Memorial Award
“For seminal contributions to distributed and parallel programming, including the development of the UNITY formalism.”
Co-recipient with K. Mani Chandy
Learn more about the Harry Goode Award