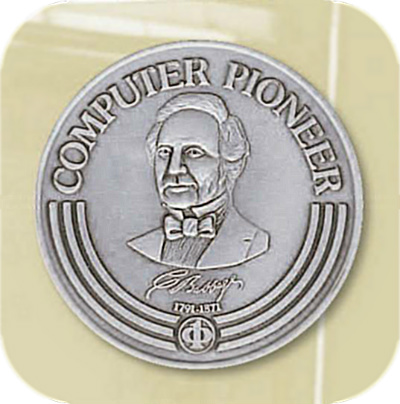 James Weidenhammer earned a bachelor’s degree in mechanical engineering from Lehigh University in Pennsylvania. He joined IBM in June 1938 as a development engineer in the Endicott Laboratory. In 1949, he transferred to Poughkeepsie, NY, where he was responsible for the design and development of the magnetic tape mechanical motion system used in the IBM 701. He also was responsible for the electromechanical features of the entire tape frame design. As he searched for ways to speed the start-stop motion of the tape, he and his team tried many options. Through these experiments, he and Walter Buslik developed the vacuum column, for which they received a patent. Their vacuum column made it possible for the magnetic tape drive to work.