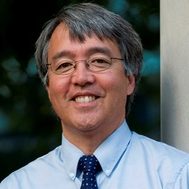 Jim Kurose received a B.A. degree in physics from Wesleyan University and his Ph.D. degree in computer science from Columbia University in 1984. He is currently a professor (and past chairman) in the Department of Computer Science at the University of Massachusetts at Amherst. Professor Kurose has been a Visiting Scientist at IBM Research, INRIA, and Institut Eurecom.

Professor Kurose has received a number of awards for his research contributions. He was elected a Fellow of the IEEE in 1997 “For contributions to the design of real-time communication protocols” and a Fellow of the ACM in 2002 “For contributions to the design and analysis of network protocols, and for technical leadership in the field.” He is a recipient of two best paper awards, a DARPA Outstanding Investigator Award, and has given a number of distinguished lectures and keynote talks.

Dr. Kurose has been very active in the technical community. He is the past Editor-in-Chief of the IEEE Transactions on Communications and takes particular pride in having helped found the IEEE/ACM Transactions on Networking, a journal sponsored by the IEEE Computer and Communication Societies, and the ACM. He served as the first Editor-in-Chief of that journal. He has been active in the program committees for IEEE Infocom, ACM SIGCOMM, and ACM SIGMETRICS conferences for a number of years, and has served as Technical Program Co-Chair for each of these conferences. He also served two terms on the Board of Governors of the IEEE Communications Society, and has served as the Director of Journals for COMSOC.

Dr. Kurose takes great pleasure from his teaching, writing, and other educational-related activities. He is the eight-time recipient of the Outstanding Teacher Award from the National Technological University (NTU), an Outstanding Teacher Award from the University of Massachusetts, and an Outstanding Teaching Award of the Northeast Association of Graduate Schools. With Joseph Goldstein (Dean of Engineering), Dr. Kurose was one of the leaders of the Commonwealth Information Technology Initiative (CITI), a program funded by the Massachusetts Board of Higher Education to strengthen, modernize and expand computer science and information technology programs at the 28 community college, state college and University campuses in the Massachusetts public higher education system.  Kurose and Goldstein (often referred to as “the Jim and Joe show” as they traveled around the state) received the UMass President’s Service Award and the Massachusetts Telecommunications Council 2002 Workforce Development Leaders of the Year for their work on CITI. With Keith Ross, he is the co-author of the textbook, “Computer Networking, a top down approach featuring the Internet,” a popular undergraduate textbook in computer networking, published by Addison-Wesley Longman. He takes great pride in having advised a number of PhD students (many jointly with Don Towsley) who have gone on to wonderful careers in academia and industry.