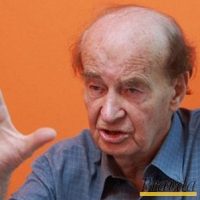 Ivan Plander, now chief scientist of the Institute of Computer Systems of the Slovak Academy of Sciences in Bratislava, began his career as a professor. Research and development of digital computer hardware started in Slovakia, led by Plander, at the Institute of Technical Cybernetics in 1966. The R&D project was a computer for real-time control applications that resulted in the RPP-16. The acclaimed 16-bit RPP-16 was based on Texas Instruments’ integrated circuits and earned both Plander and the designers the State Prize for Technical Science in 1976. Although widely used for years in Czechoslovakia for nuclear power plants, coal mines, and many other applications, government policy in 1979 favored the Comecon-developed SM and EC computers. These were essentially architectural analogs of DEC and IBM machines.

Plander, who was by then director of the Institute, began researching the parallel associative SIMD-architecture computer for image and signal processing, and for control systems of large relational databases. He went on to lead numerous projects, including, for example, the Slovak Academy of Sciences’ project on “structure and architecture of parallel computers for knowledge processing.” He has continued to lecture and to introduce new subjects in computer science and technology.