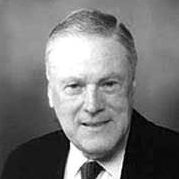 Professor Herbert Freeman received his B.S.E.E. degree from Union College, Schenectady, NY, and his Master’s and Dr.Eng.Sc degrees from Columbia University, New York. He was the designer of the Sperry Corporation’s first digital computer, the SPEEDAC, which was completed in 1953, and served as project engineer and later Department Head for Advanced Studies with that company.  In 1960 he joined the faculty of the Electrical Engineering Department at New York University, becoming chairman of the department in 1968.  From 1975 through 1985 he was professor and director of the Image Processing Laboratory in the Electrical, Computer and Systems Engineering Department at Rensselaer Polytechnic Institute in Troy, NY. Since 1985 he has been State of New Jersey Professor of Computer Engineering at Rutgers University in Piscataway, NJ, where he also served as the first Director of the Center for Computer Aids for Industrial Productivity from 1985 through 1990.

Professor Freeman is the author or editor of seven books, a past chairman of the IEEE Computer Society’s Technical Committee on Pattern Analysis and Machine Intelligence, program chair of the 1974 World Congress of the International Federation for Information Processing in Stockholm, Sweden, a founding member and past president of the International Association for Pattern Recognition (IAPR), a Life Fellow of the IEEE, a past NSF Post-Doctoral Fellow, a Guggenheim Fellow, a Fellow of IAPR, and a Fellow of the ACM. In 1994, the International Association for Pattern Recognition awarded him its K.S. Fu prize for “…his pioneering contributions to the representation and analysis of line drawing data.”