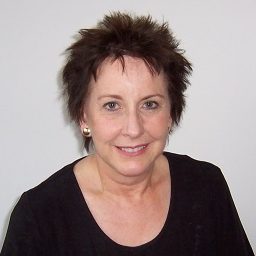 Helen M. Wood is a science and technology consultant focusing on environmental data management and Earth observing systems. Previously she served in the U.S. federal government for more than 40 years. Helen joined the U.S. National Oceanic and Atmospheric Administration (NOAA) in 1988 as Director of the Office of Satellite Data Processing and Distribution. She directed the operation of a space and Earth based system that processed and distributed real-time data gathered by NOAA and other environmental satellites to support activities such as weather forecasting, ocean and climate monitoring, and search and rescue. Later, she led national and international initiatives to support the planning and coordination of Earth observing systems, including environmental satellites and other observation platforms collecting data from the ocean, land and atmosphere. She is a recognized leader in national and international activities to reduce disaster losses through the improved use of Earth observations.

Prior to joining NOAA, Wood was Deputy Director of the Institute for Computer Sciences and Technology in the U.S. National Bureau of Standards (NBS) (now the National Institute of Standards and Technology). She directed NBS activities in computer and communications standardization, computer science research, and provided technical advisory services to other Government agencies. She joined NBS while an undergraduate at the University of Maryland, and held a series of R&D and managerial positions. She was appointed to the U.S. Senior Executive Service in 1986.

Wood was elected Fellow of the Institute for Electrical and Electronics Engineers (IEEE) for her “leadership and contributions to computing and communications standardization.” A long-time member of the IEEE Computer Society, she held numerous positions in the Computer Society and the IEEE, including Computer Society President (1990), Vice President for Standards, and Treasurer; IEEE Board of Directors, and IEEE Vice President for Publication Activities. She served on the editorial boards for Computer and IT Professional, and was an invited speaker and chair of numerous panels and sessions at conferences and symposia around the world. She served on the National Academy of Public Administration Panel on Electronic Recordkeeping and on the National Research Council Panel on High Technology Workforce. She is also a member of the American Meteorological Society.

Wood is a recipient of two U.S. Department of Commerce Gold Medals, the Department’s Silver and Bronze Medals, and the Presidential Meritorious Rank Award. She received the Meritorious Service Award from the American National Standards Institute for her leadership and service in information technology standards. She was named Engineering Manager of the Year by the IEEE Engineering Management Society, and was awarded the IEEE Computer Society Richard E. Merwin Distinguished Service Award. She has publications on her work in computer networking, computer security, information technology standardization, the use of environmental satellites to support disaster reduction, and integrated Earth observations. She holds a B.S. in Mathematics from the University of Maryland and an M.S. in Computer Science from The American University.

1994 Richard E. Merwin Distinguished Service Award
“For outstanding and sustained contributions and leadership to the society and the institute, particularly in the area of standards, publications, and information services.”
Learn more about the Richard E. Merwin Award