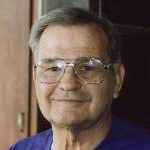 Glen Jacob Culler (July 7, 1927 – May 3, 2003) was a professor of electrical engineering and an important early innovator in the development of the Internet. Culler joined the University of California, Santa Barbara (UCSB) mathematics faculty in 1959 and helped put the campus in the forefront of what would become the field of computer science. He later served as director of the UCSB Computer Center and professor in the College of Engineering and extended his revolutionary view of the role of computers to include their use in the classroom. He left UCSB to work in industry and establish his own company, called Culler-Harrison, in 1969. Culler-Harrison became CHI Systems, and later, Culler Scientific.

Culler was the developer of the Culler-Fried Online System, one of the first interactive computer systems in the mid-1960 era. This was the first system to make use of a storage oscilloscope as a means of presenting graphical information, and provided an innovative means of presentation and teaching of mathematical concepts. One of the first object oriented approaches to computing, the system provided a set of operators (e.g., add, subtract, display, multiply, sin, exp) on a predefined set of mathematical objects: scalars, vectors, arrays, and matrices. Culler’s online system was chosen by ARPA to be one of the first four nodes on the original ARPANET in 1969, and with the University of California, Los Angeles (UCLA), participated in the first exchange of packets of data transmitted in the nascent Internet.

Culler returned to UCSB as an adjunct professor from 1982 through 1984. Over 25 companies in Santa Barbara were spun out of Culler’s work and the College of Engineering’s Computer Research Laboratory

In 2000, President of the United States Bill Clinton awarded Culler the National Medal of Technology for his “pioneering innovations in multiple branches of computing, including early efforts in digital speech processing, invention of the first on-line system for interactive graphical mathematics computing, and pioneering work on the ARPAnet.”

2000 Seymour Cray Award
“For pioneering contributions to the foundation and practice of high performance computing in array and very long instruction word (VLIW) processing especially for use in interactive scientific exploration.”
Learn more about the Seymour Cray Award