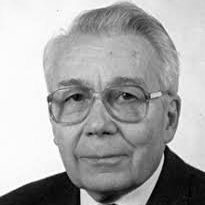 Gerrit Anne (Gerry) Blaauw (b. July 17, 1924, The Hague, Netherlands; Ph.D. Harvard, 1952) is one of the principal designers of the IBM System/360 line of computers, together with Fred Brooks, Gene Amdahl, and others.

In 1947, he won an exclusive scholarship funded by IBM Chief Executive Officer Thomas J. Watson. After an initial year at Lafayette College in Pennsylvania, Blaauw studied at Harvard University with Howard Aiken, inventor of the early Mark I computer. At Harvard, he worked on design of the Mark III and Mark IV computers. Blaauw met Fred Brooks while he was working for IBM and visited Harvard, where Fred Brooks was then a graduate student.

After graduation, Blaauw returned to the Netherlands where he worked on the second ARRA computer, but in 1955 came back to the United States to work at IBM’s Poughkeepsie labs. He worked with Brooks on a number of projects:

After leaving IBM, Blaauw became a computer science professor in the Netherlands. He retired in 1989 as professor emeritus with Universiteit Twente. In 1997, he co-authored a computer architecture book with Brooks.